As we already know, it is in an organization’s best interest to hire and promote a multicultural and diverse workforce. Sometimes though, people are still discriminated against at work. As a result, a federal agency has been established to ensure employees have a place to file complaints should they feel discriminated against. This is the topic of Section 3.1 “Diversity and Multiculturalism”. However, please note that each of these topics is discussed in Chapter 4 “Recruitment” as well, but they are also worth mentioning here.

If a company has more than one hundred employees, a form called the EEO-1 must be filled out yearly. This form confirms the demographics of an organization based on different job categories1. An organization that employs more than fifty people and works for the federal government must also file an EEO-1 yearly, with the deadline normally in September. In addition, organizations must post the EEOC notice, which you have probably seen before, perhaps in the company break room. Finally, organizations should keep on file records such as hiring statistics in the event of an EEOC investigation.

It is necessary to mention here that while there is a legal compliance concern, as discussed before, it is in the company’s best interest to hire a diverse workforce. So while we can discuss the legal aspects, remember that the purpose of having a diverse workforce is not just to meet EEOC requirements but to create a better, more profitable workplace that better serves customers.

Table 3.1 How the EEOC Process Works and Requirements for Employers

While the EEOC is the larger governing body, many pieces of legislation relating to multicultural practices are part of the EEOC family of laws. Many of these laws began with Title VII of the Civil Rights Act in 1964. This act, enforced by the EEOC, covers several areas in which discrimination was rampant. However, a bona fide occupational qualification (BFOQ) is a quality or attribute employers are allowed to consider when making decisions during the selection process. Examples of BFOQs are a maximum age limit for airline pilots for safety reasons and a Christian college’s requirement that the president of the college be Christian.

EEOC laws relate specifically to the following and are discussed in detail in Chapter 4 “Recruitment” and Chapter 5 “Selection”:

Age discrimination involves treating someone less favorably because of his or her age. Created in 1967, the Age Discrimination in Employment Act (ADEA) is enforced by the EEOC. This law covers people who are age forty or older. It does not cover favoring an older worker over a younger worker, if the older worker is forty years or older. The law covers any aspect of employment such as hiring, firing, pay, job assignments, promotions, layoffs, training, fringe benefits, and any other condition or term of employment.

The law also goes deeper by forbidding harassment of someone based on age. While simple teasing or offhand comments are not covered, more serious offensive remarks about age are covered by this EEOC law.

The Americans with Disabilities Act (ADA) prohibits discrimination against those with disabilities and is enforced by the EEOC. Discrimination based on disability means treating a qualified person unfavorably because of a disability. For example, if someone has AIDS that is controlled, the employee cannot be treated unfavorably. The law requires an employer to provide reasonable accommodation to an employee or applicant with a disability, unless this accommodation would cause significant difficulty or expense for the employer. A reasonable accommodation is defined by the EEOC as any change in the work environment or in the way things are customarily done that enables an individual with a disability to enjoy equal employment opportunities. A reasonable accommodation might include making the workplace accessible for wheelchair use or providing equipment for someone who is hearing or vision impaired.

The law places limits on employers when it comes to asking job applicants questions about medical history or asking a person to take a medical exam.

The basis of this law is that people are paid the same for the same type of work, and the law specifically addresses gender pay differences. Rather than job title, job content is used to determine if the job is the same work. In addition to covering salary, it deals with overtime pay, bonus, stock options, profit sharing, and other types of bonus plans such as vacation and holiday pay. If inequality in pay is found, the employer cannot reduce the wages of either sex to equalize the pay.

An employee who files an equal pay charge has the option to go directly to court rather than the EEOC.

This law also covers how information about genetics should be kept. For example, genetic information must be kept separate from an employee’s regular file.

It is illegal to treat people unfavorably because they are from a particular country or part of the world, because of their accent, or because they appear to be of a particular descent (even if they are not). The law protecting employees based on national origin refers to all aspects of employment: hiring, firing, pay, job assignments, promotions, layoffs, training, and fringe benefits. An employer can require an employee to speak English only if it is necessary to perform the job effectively. An English-only policy is allowed only if it is needed to ensure the safe or efficient operations of the employer’s business. An employer may not base an employment decision on a foreign accent, unless the accent seriously interferes with job performance.

This section of the EEOC refers to the unfavorable treatment of a woman because of pregnancy, childbirth, or a medical condition related to pregnancy or childbirth. The Pregnancy Discrimination Act of 1978, added to the Civil Rights Act of 1964, is enforced by the EEOC. The female who is unable to perform her job owing to pregnancy must be treated the same as other temporarily disabled employees. For example, modified tasks or alternative assignments should be offered. This law refers not only to hiring but also to firing, pay, job assignments, promotions, layoffs, training, and fringe benefits. In addition to this law against discrimination of pregnant women, the Family and Medical Leave Act (FMLA) is enforced by the US Department of Labor2. The FMLA requires companies with fifty or more employees to provide twelve weeks of unpaid leave for the following:

In addition to the company size requirement, the employee must have worked at least 1,250 hours over the past 12 months.

This type of discrimination refers to treating someone unfavorably because he or she is of a certain race or because of certain characteristics associated with race. These characteristics might include hair texture, skin color, or facial features. Discrimination can occur when the person discriminating is the same race or color of the person who is being discriminated against. EEOC law also protects people who are married to or associated with someone of a certain race or color. As with the other types of antidiscrimination laws we have discussed, this law refers not only to the initial hiring but also to firing, pay, job assignments, promotions, layoffs, training, and fringe benefits.

This part of the EEOC refers to treating a person unfavorably because of their religious beliefs. This law requires a company to reasonably accommodate an employee’s religious beliefs or practices, unless doing so would burden the organization’s operations. For example, allowing flexible scheduling during certain religious periods of time might be considered a reasonable accommodation. This law also covers accommodations in dress and grooming, such as a headscarf, religious dress, or uncut hair and a beard in the case of a Sikh. Ideally, the employee or applicant would notify the employer that he or she needs such an accommodation for religious reasons, and then a discussion of the request would occur. If it wouldn’t pose hardship, the employer should honor the request. If the request might cause a safety issue, decrease efficiency, or infringe on the rights of other employees, it may not be honored.

Sex discrimination involves treating someone unfavorably because of their sex. As with all EEOC laws, this relates to hiring, firing, pay, job assignments, promotions, layoffs, training, and fringe benefits. This law directly ties into sexual harassment laws, which include unwelcome sexual advances, requests for sexual favors, and other verbal or physical harassment of a sexual nature. The victim can be male or female, and sexual harassment can occur female to female, female to male, male to female, and male to male. We discuss more details of harassment in Chapter 10 “Managing Employee Performance”.

This 2011 video outlines a sexual harassment lawsuit at Yale University. The video shows that the lawsuit blamed Yale not for the harassment but for not taking a harder stand on this type of harassment.

In all the laws mentioned, the EEOC set of laws makes it illegal to fire, demote, harass, or retaliate against people because they filed a charge of discrimination, complained about discrimination, or participated in employment discrimination proceedings. Perhaps one of the most high-profile sexual harassment and retaliation cases was that of Sanders v. Thomas. Isiah Thomas, then coach of the New York Knicks, fired Anucha Browne Sanders because she hired an attorney to file sexual harassment claims charges. The jury awarded Browne Sanders $11.6 million in punitive charges because of the hostile work environment Thomas created and another $5.6 million because Browne Sanders was fired for complaining (Schmidt, 2007). A portion of the lawsuit was to be paid by Madison Square Garden and James Dolan, chairman of Cablevision, the parent company of Madison Square Garden and the Knicks. Browne Sanders’s lawyers successfully argued that the inner workings of Madison Square Garden were hostile and lewd, and that the former marketing executive of the organization subjected her to hostility and sexual advances. Thomas left the organization as coach and president in 2008. As in this case, there are large financial and public relations penalties not only for sexual harassment but for retaliation after a harassment suit has been filed.

The Uniformed Services Employment and Reemployment Rights Act (USERR) protects people who serve or have served in the armed forces, Reserves, National Guard, or other uniformed services. The act ensures these individuals are not disadvantaged in their civilian careers because of their service. It also requires they be reemployed in their civilian jobs upon return to service and prohibits discrimination based on past, present, or future military service. 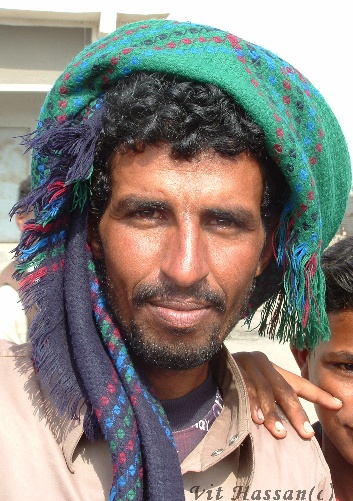 What types of discrimination (under the EEOC) do you think are the most common and why? Have you ever experienced discrimination in the workplace, at school, or in extracurricular activities? Explain.

Human Resource Management by University of Minnesota is licensed under a Creative Commons Attribution-NonCommercial-ShareAlike 4.0 International License, except where otherwise noted.