After reading this chapter you should be able to: 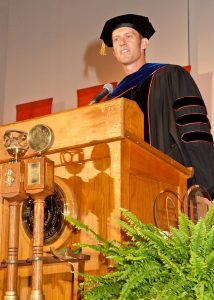 Imagine for a moment that you have no language with which to communicate. It’s hard to imagine, isn’t it? It’s probably even harder to imagine that with all of the advancements we have at our disposal today, there are people in our world who actually do not have, or cannot use, language to communicate.

Nearly 25 years ago, the Nicaraguan government started bringing deaf children together from all over the country in an attempt to educate them. These children had spent their lives in remote places and had no contact with other deaf people. They had never learned a language and could not understand their teachers or each other. Likewise, their teachers could not understand them. Shortly after bringing these students together, the teachers noticed that the students communicated with each other in what appeared to be an organized fashion: they had literally brought together the individual gestures they used at home and composed them into a new language. Although the teachers still did not understand what the kids were saying, they were astonished at what they were witnessing—the birth of a new language in the late 20th century! This was an unprecedented discovery.

In 1986 American linguist Judy Kegl went to Nicaragua to find out what she could learn from these children without language. She contends that our brains are open to language until the age of 12 or 13, and then language becomes difficult to learn. She quickly discovered approximately 300 people in Nicaragua who did not have language and says, “They are invaluable to research – among the only people on Earth who can provide clues to the beginnings of human communication.” You can read the full transcript on CBS News: Birth of a Language.

Adrien Perez, one of the early deaf students who formed this new language (referred to as Nicaraguan Sign Language), says that without verbal communication, “You can’t express your feelings. Your thoughts may be there but you can’t get them out. And you can’t get new thoughts in.” As one of the few people on earth who has experienced life with and without verbal communication, his comments speak to the heart of communication: it is the essence of who we are and how we understand our world. We use it to form our identities, initiate and maintain relationships, express our needs and wants, construct and shape worldviews, and achieve personal goals (Pelley, 2000).