Welcome to Principles of Economics 2e (2nd Edition), an OpenStax resource. This textbook was written to increase student access to high-quality learning materials, maintaining highest standards of academic rigor at little to no cost.

OpenStax is a nonprofit based at Rice University, and it’s our mission to improve student access to education. Our first openly licensed college textbook was published in 2012, and our library has since scaled to over 25 books for college and AP® courses used by hundreds of thousands of students. OpenStax Tutor, our low-cost personalized learning tool, is being used in college courses throughout the country. Through our partnerships with philanthropic foundations and our alliance with other educational resource organizations, OpenStax is breaking down the most common barriers to learning and empowering students and instructors to succeed.

Principles of Economics 2e is licensed under a Creative Commons Attribution 4.0 International (CC BY) license, which means that you can distribute, remix, and build upon the content, as long as you provide attribution to OpenStax and its content contributors.

Because our books are openly licensed, you are free to use the entire book or pick and choose the sections that are most relevant to the needs of your course. Feel free to remix the content by assigning your students certain chapters and sections in your syllabus, in the order that you prefer. You can even provide a direct link in your syllabus to the sections in the web view of your book.

Instructors also have the option of creating a customized version of their OpenStax book. The custom version can be made available to students in low-cost print or digital form through their campus bookstore. Visit the Instructor Resources section of your book page on OpenStax.org for more information.

All OpenStax textbooks undergo a rigorous review process. However, like any professional-grade textbook, errors sometimes occur. Since our books are web based, we can make updates periodically when deemed pedagogically necessary. If you have a correction to suggest, submit it through the link on your book page on OpenStax.org. Subject matter experts review all errata suggestions. OpenStax is committed to remaining transparent about all updates, so you will also find a list of past errata changes on your book page on OpenStax.org.

You can access this textbook for free in web view or PDF through OpenStax.org, and for a low cost in print.

About Principles of Economics 2e

Principles of Economics 2e (2nd edition) covers the scope and sequence of requirements for a two-semester introductory economics course. The authors take a balanced approach to micro-and macroeconomics, to both Keynesian and classical views, and to the theory and application of economics concepts. The text also includes many current examples, which are handled in a politically equitable way. The second edition has been thoroughly revised to increase clarity, update data and current event impacts, and incorporate the feedback from many reviewers and adopters.

For the second edition, we received expansive and actionable feedback from hundreds of adopters who had used the book for several academic terms. These knowledgeable instructors informed the pedagogical courses, learning objective development and fulfillment, and the chapter arrangements. Faculty who taught from the material provided critical and detailed commentary.

The result is a book that covers the breadth of economics topics and also provides the necessary depth to ensure the course is manageable for instructors and students alike. We strove to balance theory and application, as well as the amount of calculation and mathematical examples.

The book is organized into eight main parts:

Alternate Sequencing Principles of Economics 2e was conceived and written to fit a particular topical sequence, but it can be used flexibly to accommodate other course structures. One such potential structure, which will fit reasonably well with the textbook content, is provided below. Please consider, however, that the chapters were not written to be completely independent, and that the proposed alternate sequence should be carefully considered for student preparation and textual consistency.

Chapter 2 Choice in a World of Scarcity

Chapter 31 The Impacts of Government Borrowing

Appendix A The Use of Mathematics in Principles of Economics

Changes to the second edition

OpenStax only undertakes revisions when significant modifications to a text are necessary. In the case of Principles of Economics 2e, we received a wealth of constructive feedback. Many of the book’s users felt that consequential movement in economic data, coupled with the impacts of national and global events, warranted a full revision. We also took advantage of the opportunity to improve the writing and sequencing of the text, as well as many of the calculation examples. The major changes are summarized below.

Wherever possible, data from the Federal Reserve Economic Database (FRED) was included and referenced. In most of these uses, links to the direct source of the FRED data are provided, and students are encouraged to explore the information and the overall FRED resources more thoroughly.

Additional updates and revisions appear throughout the book. They reflect changes to economic realities and policies regarding international trade, taxation, insurance, and other topics. For issues that may change in the months or years following the textbook’s publication, the authors often provided a more open-ended explanation, but we will update the text annually to address further changes.

Throughout the OpenStax version of Principles of Economics 2e, you will find new features that engage the students in economic inquiry by taking selected topics a step further. Our features include:

Questions for each level of learning

The OpenStax version of Principles of Economics 2e further expands on Taylor’s original end of chapter materials by offering four types of end of module questions for students:

Cost Curves at the Clip Joint 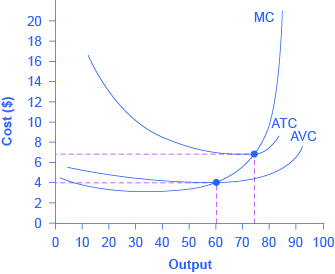 We’ve compiled additional resources for both students and instructors, including Getting Started Guides, an instructor solution manual, test bank, and PowerPoint slides. Instructor resources require a verified instructor account, which you can apply for when you log in or create your account on OpenStax.org. Take advantage of these resources to supplement your OpenStax book.

OpenStax partners with the Institute for the Study of Knowledge Management in Education (ISKME) to offer Community Hubs on OER Commons – a platform for instructors to share community-created resources that support OpenStax books, free of charge. Through our Community Hubs, instructors can upload their own materials or download resources to use in their own courses, including additional ancillaries, teaching material, multimedia, and relevant course content. We encourage instructors to join the hubs for the subjects most relevant to your teaching and research as an opportunity both to enrich your courses and to engage with other faculty.

As allies in making high-quality learning materials accessible, our technology partners offer optional low-cost tools that are integrated with OpenStax books. To access the technology options for your text, visit your book page on OpenStax.org.

Steven Greenlaw has been teaching principles of economics for more than 30 years. In 1999, he received the Grellet C. Simpson Award for Excellence in Undergraduate Teaching at the University of Mary Washington. He is the author of Doing Economics: A Guide to Doing and Understanding Economic Research, as well as a variety of articles on economics pedagogy and instructional technology, published in the Journal of Economic Education, the International Review of Economic Education, and other outlets. He wrote the module on Quantitative Writing for Starting Point: Teaching and Learning Economics, the web portal on best practices in teaching economics. Steven Greenlaw lives in Alexandria, Virginia with his wife Kathy and their three children.

David Shapiro is Professor Emeritus of Economics, Demography, and Women’s, Gender, and Sexuality Studies at the Pennsylvania State University. He received a BA in economics and political science from the University of Michigan, and an MA as well as a PhD in economics from Princeton University. He began his academic career at Ohio State University in 1971, and moved to Penn State in 1980. His early research focused on women and youth in the United States labor market. Following a 1978-79 stint as a Fulbright professor at the University of Kinshasa in the Democratic Republic of the Congo, his research shifted focus to fertility in Kinshasa and more broadly, in sub-Saharan Africa. He has also received the top prize for teaching at both Ohio State and Penn State.

Special thanks to Christian Potter from University of Mary Washington, who thoroughly researched and applied many of the data updates and provided the foundation for many new and revised illustrations.

Douglas Campbell, The University of Memphis