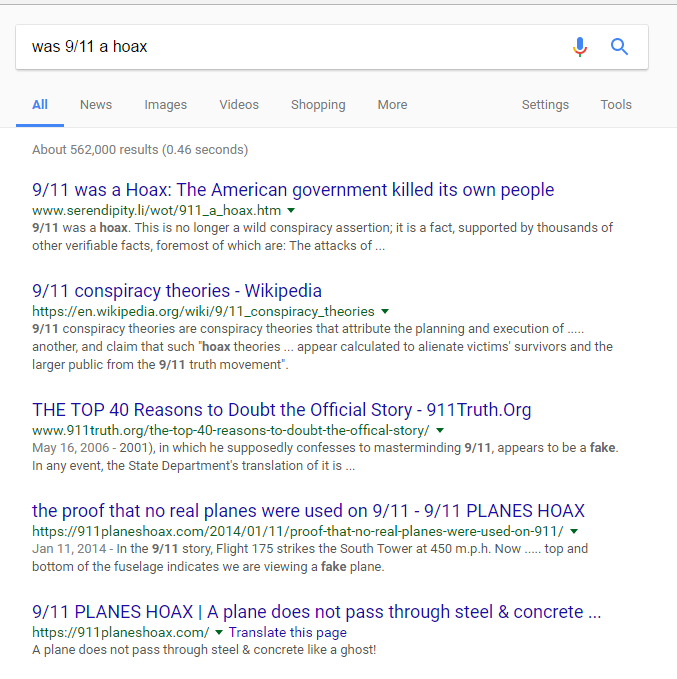 Well, look at that. Not only the top result says that the attack on 9/11 was faked–the top five results do. To the untrained eye it looks like the press has been hiding something from you.

But of course the 9/11 attacks were not faked. So why does Google return these results?

The main reason here is the term. The term “hoax” is applied to the 9/11 attacks primarily on conspiracy sites. So when Google looks for clusters on that term (and links to documents containing that term), it finds that conspiracy sites rank highly.

Think about it: reputable physics journals, policy magazines, and national newspapers are not likely to run headlines asking if the attacks were a hoax. But conspiracy sites are.

The same holds true even for more benign searches. The question, “Are we eating too much protein” has Google return a panel from the Huffington Post (now HuffPost) and a website from a vegan advocacy group. 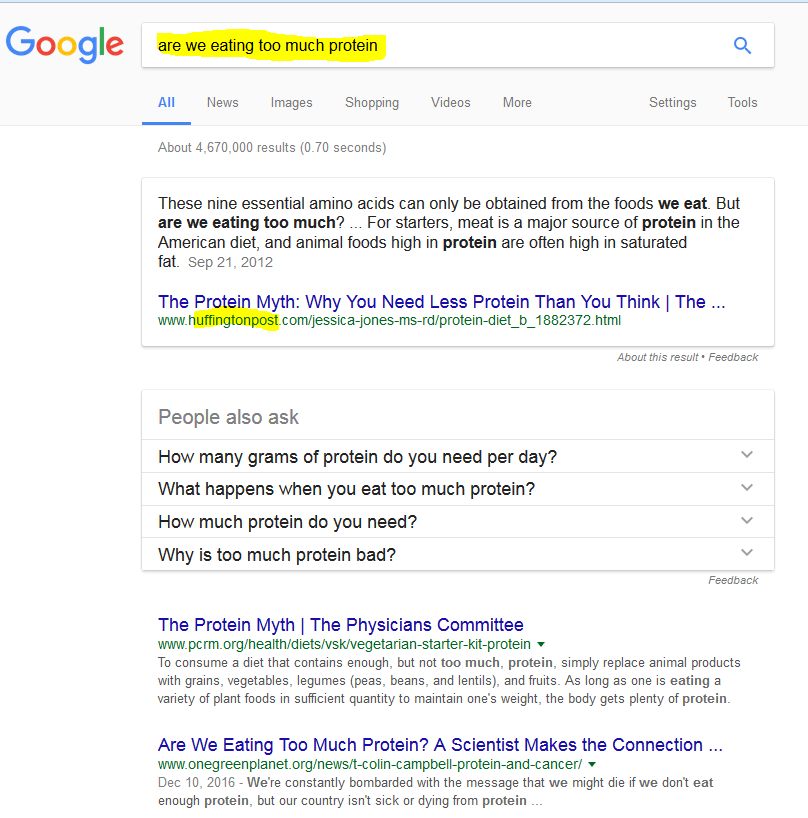 To avoid confirmation bias in searches:

Avoiding Confirmation Bias in Searches by Mike Caulfield is licensed under a Creative Commons Attribution 4.0 International License, except where otherwise noted.