What are some quick techniques to identify an unfamiliar site’s worldview, process, aims, and expertise?

The simplest and quickest way to get a sense of where a site sits in the network ecosystem is to Google search the site. Since we want to find out what other sites are saying about the site while excluding what the site says about itself, we use a special search syntax that excludes pages from the target site.

For example, say we are looking  at an article in the Baltimore Gazette: 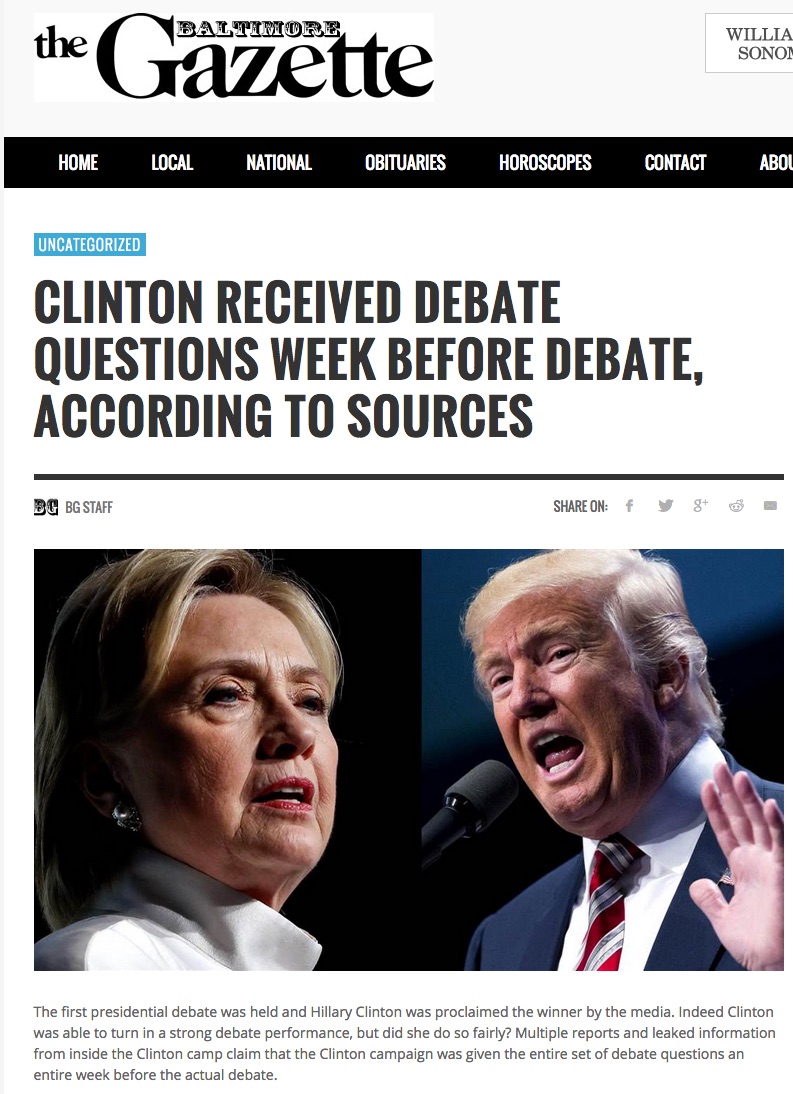 Is this a reputable newspaper?

The site is down right now, but when it was up, a search for “baltimoregazette.com” would have returned many pages, mostly from the site itself. As noted earlier, if we don’t know whether to trust a site, it doesn’t make much sense to trust the story the site tells us about itself.

So we use a search syntax that looks for all references to the site that are not on the site itself:

When we do that we get a set of results that we can scan, looking for sites we trust: 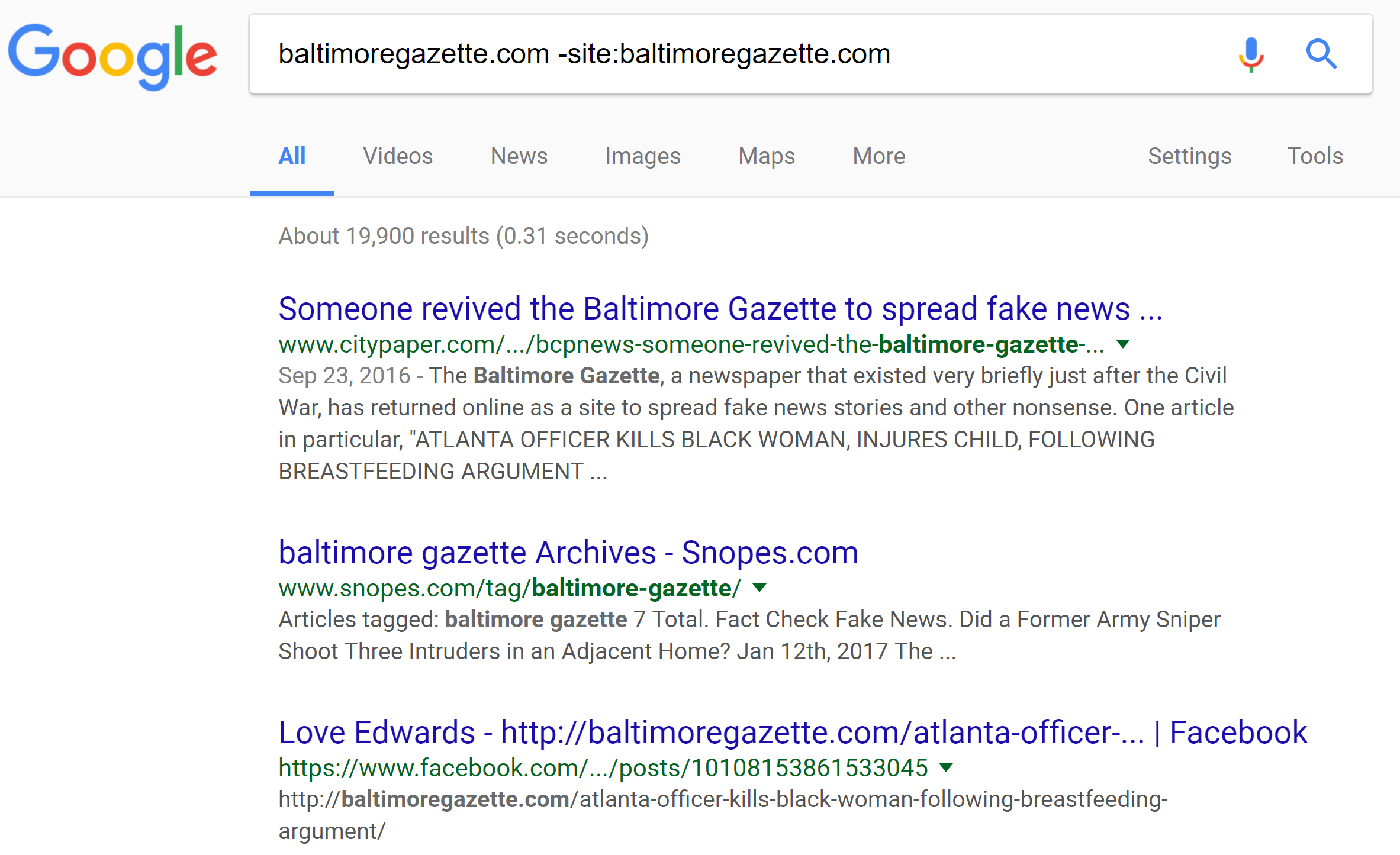 These results, as we scan them, give us reason to suspect the site. Maybe we don’t know “City Paper,” which claims the site is fake. But we do know Snopes. When we take a look there, we find the following sentence about the Gazette:

On 21 September 2016, the Baltimore Gazette — a purveyor of fake news, not a real news outlet — published an article reporting that any “rioters” caught looting in Charlotte would permanently lose food stamps and all other government benefits…

From Snopes, that’s pretty definitive. This is a fake news site.

Searches like this don’t always turn up Snopes or Politifact. Here’s the site of the Pacific Justice Institute: 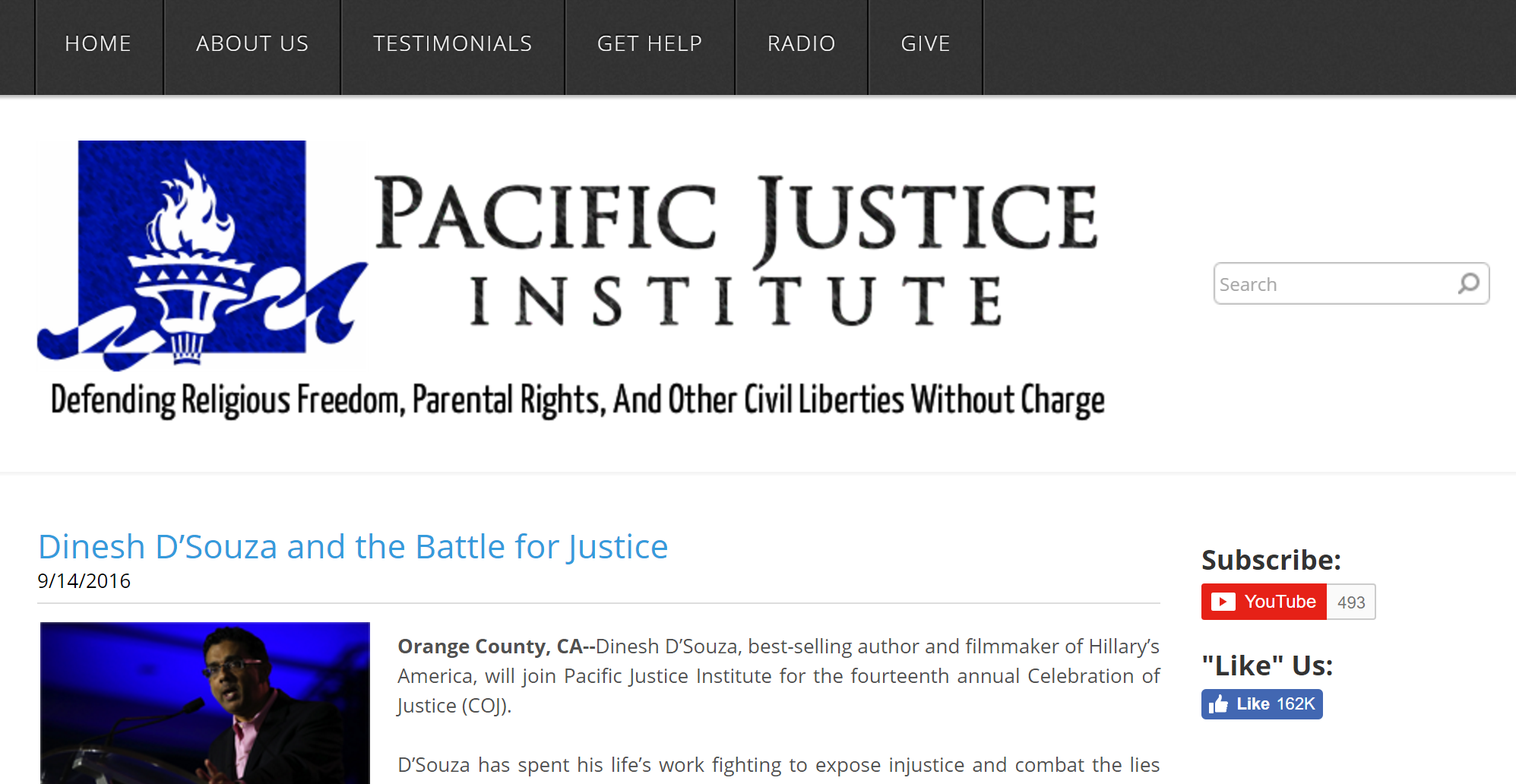 Here, a search of Google turns up a Wikipedia article:

That article explains that this is a conservative legal defense fund that has been named a hate site by the Southern Poverty Law Center.

Maybe to you that means that nothing from this site is trustworthy; maybe to another person it simply means proceed with caution. But after a short search and two clicks, you can begin reading an article from this site with a better idea of the purpose behind it, a key ingredient of intentional reading.

Finding Out Who Runs a Site with WHOIS and Other Tools

Some smaller sites don’t have reliable commentary around them. For these sites, using WHOIS to find who owns them may be a useful move.

WHOIS gets you information about who is the administrator of the site domain. It can be done from your computer’s command line in many cases, but here we’ll show the ICANN interface, where we are searching to see who owns Mother Jones, an online news site: 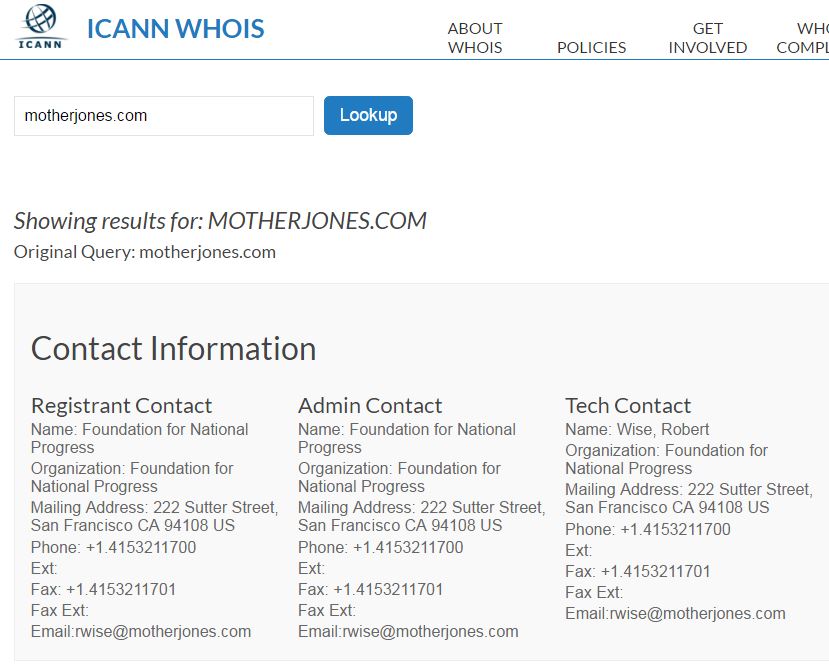 When we search on the owner, we find that:

The Foundation for National Progress is a nonprofit organization created to educate the American public by publishing Mother Jones. Mother Jones is a multiplatform news organization that conducts in-depth investigative reporting and high quality, original, explanatory journalism on major social issues, including money in politics, gun violence, economic inequality and the future of work.

(We could have found this out by other means as well, of course). 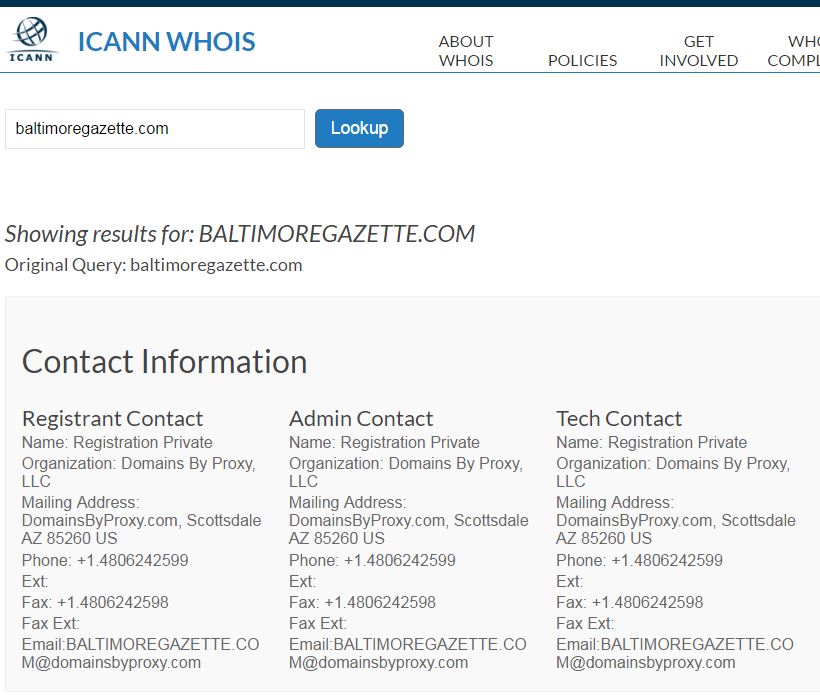 The owner of the site here isn’t Domains by Proxy, as the record indicates. Instead, Domains by Proxy is a service, often available for a couple dollars a year, that obscures the true ownership of the site. These masking services are starting to become the norm, dramatically reducing the usefulness of WHOIS searches.

That said, there is still useful information to be had here, particularly in the date the baltimoregazette.com domain was registered, which is listed here as being in mid-2015:

If this were an established local paper, it would be fairly odd for it to have first registered the site a year ago.