Let’s continue with the “alcohol is closely associated with cancer” claim from the last chapter. Let’s see if we can get a decent summary from a respected organization that deals with these issues.

This takes a bit of domain knowledge, but for information on disease, the United States’s National Institutes of Health (NIH) is considered one of the leading authorities. What do they say about this issue? 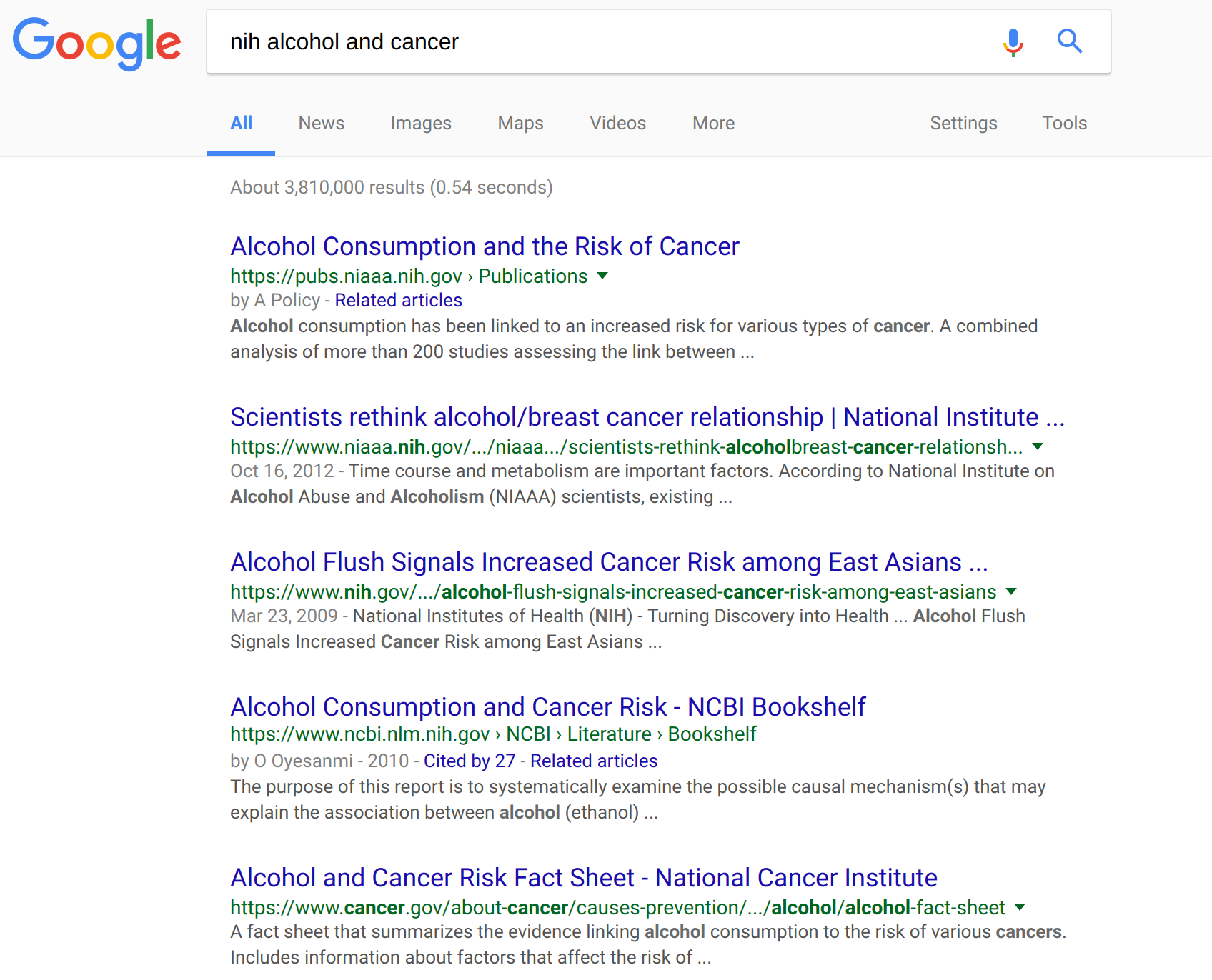 What we don’t want here is a random article. We’re not an expert and we don’t want to have to guess at the weights to give individual research. We want a summary.

And as we scan the results we see a “risk fact-sheet” from the National Cancer Institute. In general, domain suffixes (com/org/net/etc) don’t mean anything, but “.gov” domains are strictly regulated, so we know this is from the (U.S.) federal government. A fact sheet is a summary, which is what we want, so we click through.

Based on extensive reviews of research studies, there is a strong scientific consensus of an association between alcohol drinking and several types of cancer (1, 2). In its Report on Carcinogens, the National Toxicology Program of the US Department of Health and Human Services lists consumption of alcoholic beverages as a known human carcinogen. The research evidence indicates that the more alcohol a person drinks—particularly the more alcohol a person drinks regularly over time—the higher his or her risk of developing an alcohol-associated cancer. Based on data from 2009, an estimated 3.5 percent of all cancer deaths in the United States (about 19,500 deaths) were alcohol related (3).

With the “.gov” extension, this page is pretty likely to be linked to the NIH. But just in case, we Google search the site to see who runs it and what their reputation is. 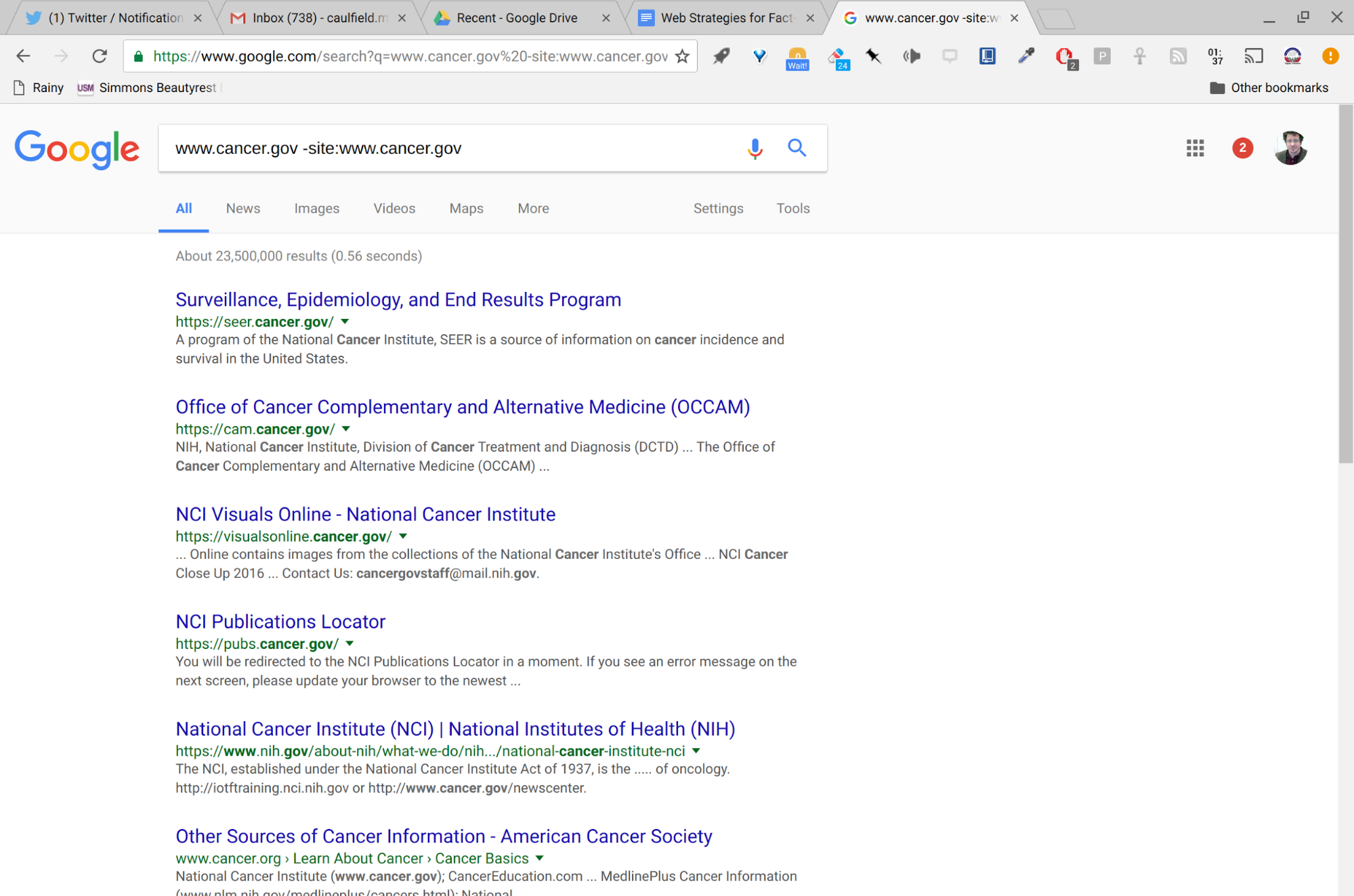 Since we’re reading laterally, let’s click on the link five results down to see what the NIH says about the National Cancer Institute. Again, we’re just sanity checking our impression that this is an authoritative body of the NIH. Here’s its blurb from the fifth result down:

As always, we glance up to the web address and make sure we are really getting this information from the NIH. We are.

If we were a researcher, we would sort through more of this. We might review individual articles or make sure that some more out-of-the-mainstream views are not being ignored. Such an effort would take a deep background and understanding of the underlying issues. But we’re not researchers. We’re just people looking to find out if our rationalization for those two after-work drinks is maybe a bit bogus. And on that level, it’s not looking particularly good for us. We have a major review of the evidence in a major journal stating there’s really no safe level of drinking when it comes to cancer, and we have the NIH–one of the most trusted sources of health information in the U.S. (and not exactly a fad-chaser) telling us in an FAQ that there is a strong consensus that alcohol consumption predicts cancer.