Here’s an example of a promoted tweet, asking you to “Tweet your Senators” about the dangers of drug importation: 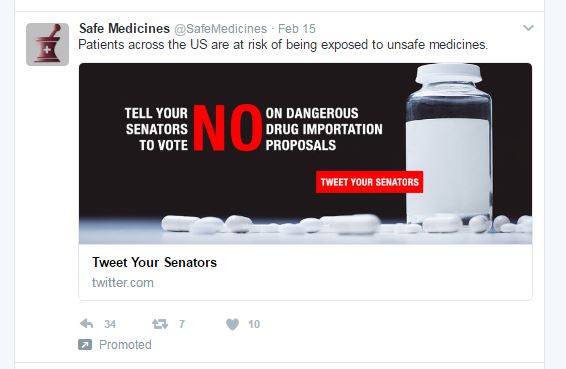 Promoted tweets aren’t necessarily untrue, but they should be treated the way one would treat a commercial. In this case, we look to see what organization has posted the tweet. 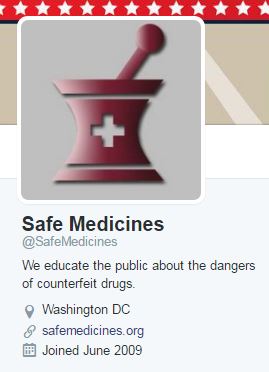 That leads us to their webpage and organization name: The Partnership for Safe Medicines. 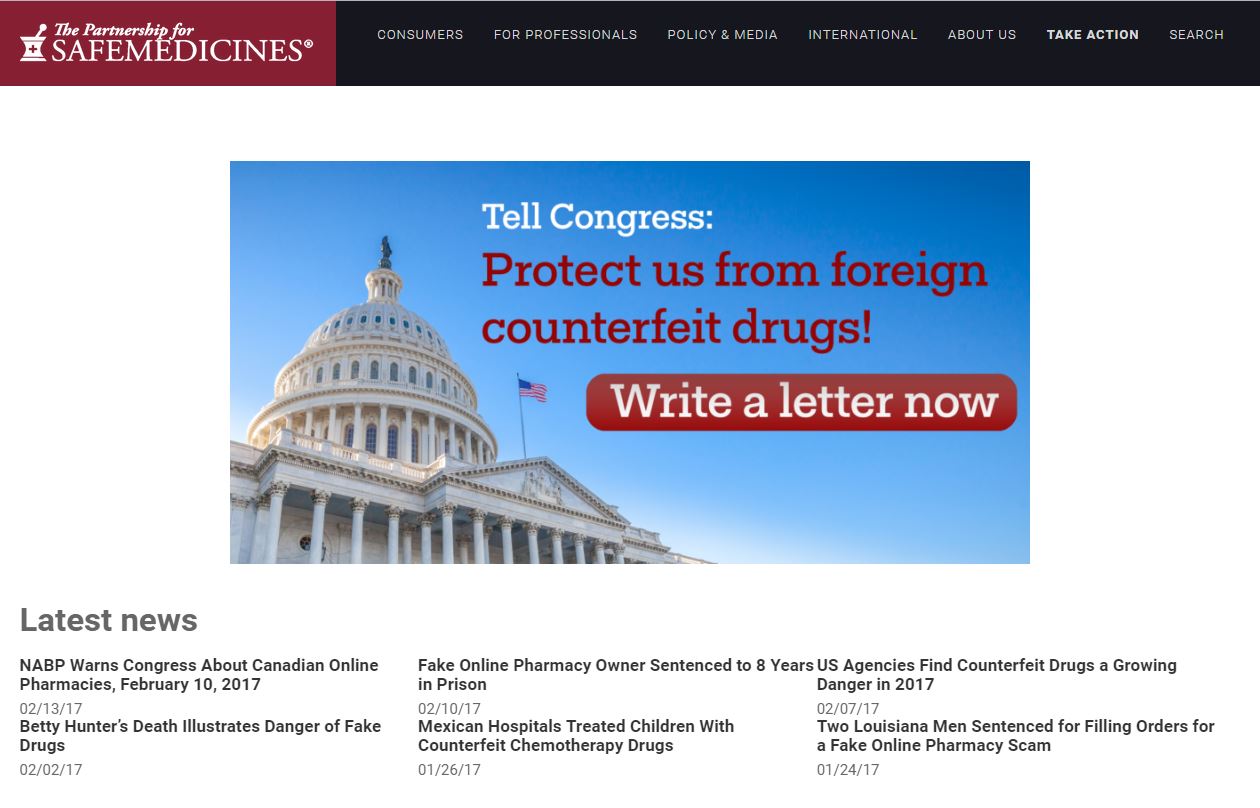 And a little bit of investigation takes us to a page on the NPR site that shows this organization has ties to Big Pharma: 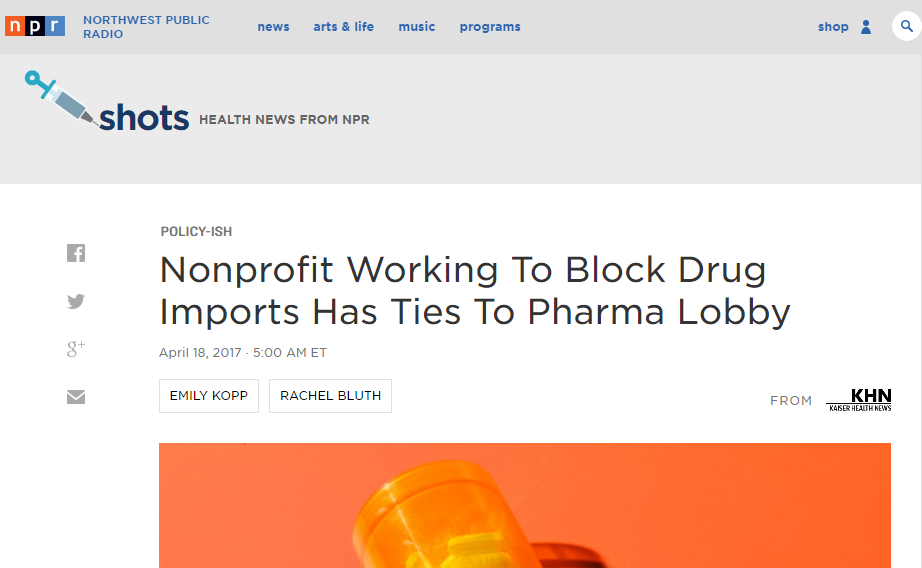 While none of these means the claims of the organization claims are wrong or false, it is a worthwhile perspective to have before you decide to retweet the tweet or not. Treat promoted tweets with suspicion. Someone is paying money to influence you, and it’s best to know who before retweeting.

Promoted Tweets by Mike Caulfield is licensed under a Creative Commons Attribution 4.0 International License, except where otherwise noted.