This is the famous radio broadcast version of this story that sent America into a panic on Halloween, 1938. You can also download the MP3 here. You can read more about the incident here.

Compare the radio version to the original text of The War of the Worlds story by HG Wells that inspired Orson Welles.

“An Introduction to The War of The Worlds” – British Library
Writer Iain Sinclair discusses how H G Wells’s The War of the Worlds disturbed the public by combining journalistic sensationalism, scientific fantasy, suburban mundanity and fears of invasion.

Persistent link to articles on the novel from Academic Search Premier.

MARTIANS INVADE THE EARTH!
The article focuses on the fear of an invasion by extraterrestrial beings due to the book “The War of the Worlds” by H.G. Wells. It notes that a radio adaptation by actor Orson Welles of the book has resulted in public panic from listeners in the U.S. It mentions that a radio adaptation of the book in Ecuador has resulted in riots which killed as many as 20 people.

The Infamous “War of the Worlds” Radio Broadcast Was a Magnificent Fluke
Orson Welles and his colleagues scrambled to pull together the show; they ended up writing pop culture history 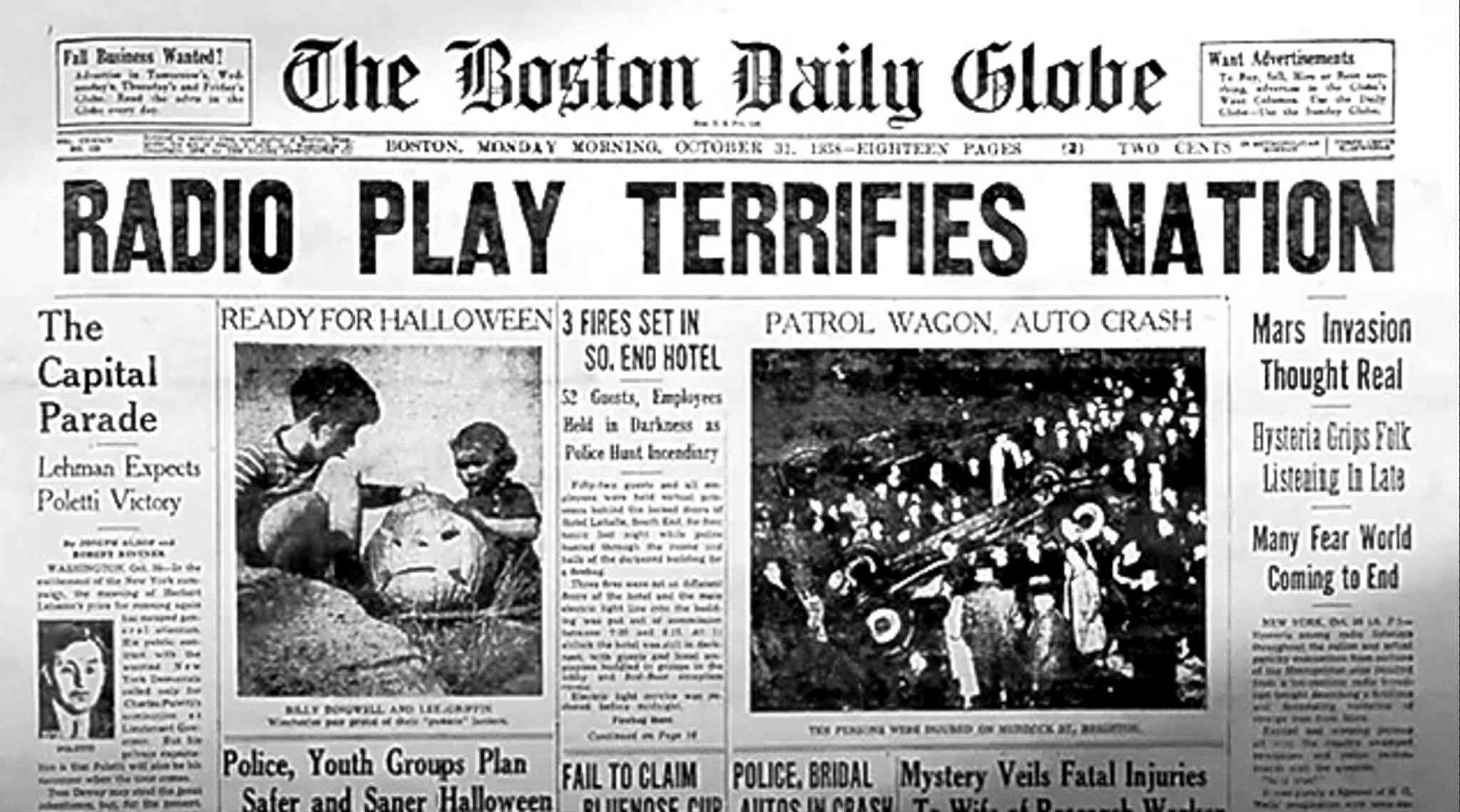 Sci-fi & Fantasy Anthology by H.G. Wells is licensed under a Creative Commons Attribution 4.0 International License, except where otherwise noted.