Given the complexity of group interaction, it’s short-sighted to try to understand group communication without looking at notions of power (think back to Critical Theories and Research Methods). Powerinfluences how we interpret the messages of others and determines the extent to which we feel we have the right to speak up and voice our concerns and opinions to others. Take a moment to reflect on the different ways you think about power. What images come to mind for you when you think of power? Are there different kinds of power? Are some people inherently more powerful than others? Do you consider yourself to be a powerful person? 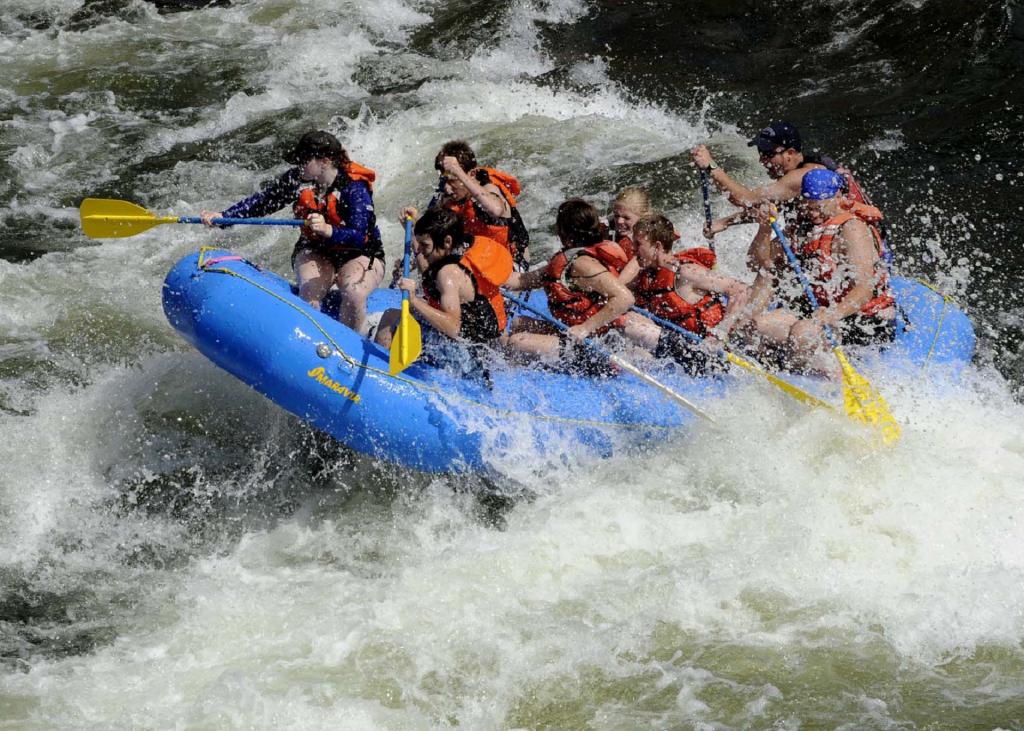 There is no simple answer to these questions and there is no single definition of power. The word “power” literally means “to be able” and has many implications. One way to think about power is to think about power is in terms of the relationships between people. In the workplace, your boss can exert power to make you work late or fire you. If you don’t work there, that person cannot make you do anything. That ability to exert power only exists when there is the proper relationship between people. Additionally, the ability to exert that power depends on the proper place and time. A judge cannot walk down the street sentencing random people to prison sentences. A judge can only sentence someone while presiding over a case where the person is a defendant.

The types of power we draw on in relationships have long been a topic of small group study. Researchers John R. P. French and Bertram Raven identified five types of power someone may draw on: legitimate, expert, referent, reward, and coercive (French & Raven, 1959). Like power itself, these types of power are relational and dependent on the situation. What works in one situation might not work in another. Let’s explore each type in more depth:

Legitimate power is the power that flows from the officially recognized position, status, or title of a group member. So someone like a boss or your teacher has legitimate power because they have an official position that gives them authority over others.

It is important to note legitimate power only exists when people recognize and respect that position. You can name yourself King of the USA but don’t expect to be treated like royalty. Even with a title, leaders must still earn the ability to provide leadership.

Being an expert in something can also be a source of power. For example, when you have a problem with your computer, who do you turn to? Or maybe you are a person others turn to for help with computers. Either way, how does the computer expert have power in that situation?

Expert power is the power that comes from knowledge, skill, or expertise that a group member possesses and other group members do not. In the classroom, your teacher ideally has both legitimate power and expert power because that person holds the position and is qualified to teach that topic. In some situations, the boss is not the expert in a particular area. A leader who has legitimate and expert power may be able to take a central role in setting the group’s direction, contributing to problem-solving, and helping the group achieve its goal. In groups with a designated leader who relies primarily on legitimate power, a member with a significant amount of expert power may emerge as an unofficial secondary leader.

Referent power is the power that comes from the attractiveness, likeability, and charisma of the group member. Some studies have shown that more physically attractive people and more outgoing people are often chosen as leaders. This could be due to their referent power. Referent power also derives from a person’s reputation. A group member may have referent power if he or she is well respected outside of the group for previous accomplishments or even because he or she is known as a dependable and capable group member. Like legitimate power, the fact that a person possesses referent power doesn’t mean he or she has the talent, skill, or other characteristic needed to actually lead the group. A person could just be likable but have no relevant knowledge about the group’s task or leadership experience. Some groups actually desire this type of leader, especially if the person is meant to attract external attention and serve as more of a “figurehead” than a regularly functioning group member. For example, a group formed to raise funds for a science and nature museum may choose a former mayor, local celebrity, or NASA astronaut as their leader because of his or her referent power. In this situation, it would probably be best for the group to have a secondary leader who attends to task and problem-solving functions within the group.

These two types of power can be difficult to manage because their use can lead to interpersonal conflict. If one person in a group seems to be rewarded more often it can cause jealousy and if one person feels punished more it can lead to tension and resentment. Additionally, the use of reward power may seem corny or paternalistic to some or may arouse accusations of favoritism or jealousy among group members who don’t receive the award.

Like the other types of power, these are only effective if the recipient values the reward or fears the punishment. In grade school, a gold star on a paper may be motivating but it might not be as effective at work. Similarly, being sent to your room is only an effective form of coercion if you don’t want to go there anyway.

Obviously, communication is the central activity of every group because it is how we organize and maintain groups. While we can all tell positive and negative stories about being in groups, how are they formed in the first place?

Sometimes we join a group because we want to. Other times, we might be assigned to work in groups in a class or at work. Either way, Lumsden, Lumsden, and Wiethoff (2009) give three reasons why we form groups. First, we may join groups because we share similar interests or attractions with other group members. If you are a certain major in college, chances are you share some of the same interests as others in your class groups. Also, you might find yourself attracted to others in your group for romantic, friendship, political, religious or professional reasons. A second reason we join groups is called drive reduction. Essentially, we join groups so our work with others reduces the drive to fulfill our needs by spreading out involvement. As Maslow explains, we are driven by physiological needs like security, love, self-esteem, and self-actualization. Working with others helps us achieve these needs thereby reducing our obligation to meet these needs ourselves (Maslow, 1970; Paulson, 2011). If you accomplished a task successfully for a group, your group members likely complimented your work, thus fulfilling some of your self-esteem needs. If you had done the same work only for yourself, the building up of your self-esteem may not have occurred. A third reason we join groups is for reinforcement. We are often motivated to do things for the rewards they bring. Participating in groups provides reinforcement from others in the pursuit of our goals and rewards.

Much like interpersonal relationships, groups go through a series of stages as they come together. These stages are called forming, storming, norming, and performing (Tuckman, 1965; Fisher, 1970; Sherblom, 2002; Benson, 2010; Rose, Hopthrow & Crisp, 2012). Groups that form to achieve a task often go through a fifth stage called termination that occurs after a group accomplishes its goal. Let’s look at each of the stages of group formation and termination. 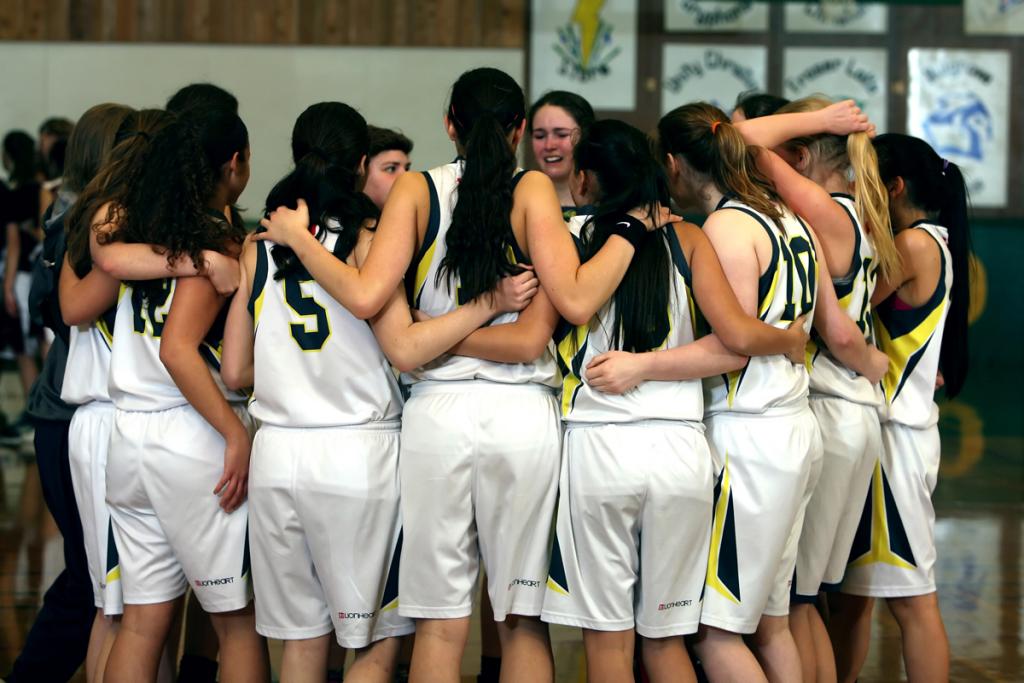 Technology is changing so many things about the ways we communicate. This is also true in group communication. One of the great frustrations for many people in groups is simply finding a time that everyone can meet together. However, computer technology has changed these dynamics as more and more groups “meet” in the virtual world, rather than face-to-face. But, what is the impact of technology on how groups function? Dr. Kiran Bala (2014) argues that “new media has brought a sea of changes in intrapersonal, interpersonal, group, and mass communication processes and content.” With group chat available on almost all social media networks and numerous technological devices, we have a lot to learn about the ways communication technologies are changing our notions of working in groups and individual communication styles.

Now that you understand how groups form, let’s discuss the ways in which people participate in groups. Because groups are comprised of interdependent individuals, one area of research that has emerged from studying group communication is the focus on the roles that we play in groups and teams. Having an understanding of the various roles we play in groups can help us understand how to interact with various group members.